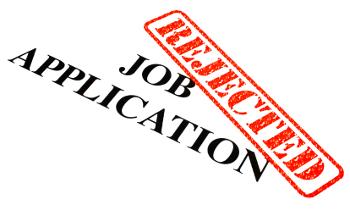 You are not the reason you did not get that job.

Mr Titus, the Chief Operating Officer for the company was clear on what he wanted. After his last two recruitment “errors”, he had come to this conclusion and made some decisions.

He knew that for ethic’s sake, the qualifications he desired could not be placed in the official job advert so he decided to write down the areas he was not going to compromise on and shared he shared these areas with the HR team to serve as a guide during the first level interview stage.

Mr Titus was not going to hire anyone from the Igbo speaking part of the country because, in his opinion, they just could not be trusted. He thought about Ambrose his last project manager, who spent more time handling his own personal projects and diverting company resources to his SME.

Secondly, he was not going to hire any lady that was married. Jacklyn his front desk officer had to leave the office at exactly 5 pm every evening because she had a family to attend to, unlike Jennifer who was single and willing to work late hours to get the job done.

Again, he was not going to hire someone who did not attend a government primary and secondary school. He had concluded that Jide lacked drive because he was raised by privileged parents who sent him to a private school. He compared Jide to his son, Solomon whose drive for success, he believes was fueled by the “tougher” standards he experienced in the government boarding school he attended.

Lastly, he was going to make sure he hired someone who knew the place of RESPECT in the office. He could not understand why junior staff would dare call a senior manager by name. Adding ‘Mr’ was still not good enough. Afterall in his friend Mike’s company, they called their senior managers with respectful nicknames or at least used ‘Egbon’.

And so, Stephanie you showed up with an impressive resume, but you did not include your marital status, your state of origin or the names of the schools you attended (and you did not need to!). You instead focused solely on your experience and achievements in your 7-year career journey. On arrival, you greeted the interviewers with a simple ‘Good Morning’ without a ‘sir ‘, and ‘ma’ as you were not certain of the office culture. You left confident only to receive the email of regret.

You cried for weeks and blamed yourself.

You thought you were not good enough.

But you just did not know Titus.