Editor’s note – we are happy to introduce a series we have tagged “Legalpreneur’s Spotlight”. As part of this series, we will be interviewing successful young lawyers who took a bold step to leave practice and set up their own law firms (i.e. to become entrepreneurs in the legal industry). They will be sharing valuable lessons from their experience for those who might be considering a similar move. For the first part of the series, we interview Mojisola Olugbemi, the young lawyer who founded Stark Legal, a fast-growing law firm based in Lekki, Lagos.

Why did you decide to venture out on your own?

Mojisola: I decided it was time to stop chasing other people’s dreams and start chasing mine.

When and how did you know that you were ready?

Mojisola: I set out to start my law firm, Stark Legal in 2014 after some years in practice.

I knew I was ready when I became very restless at the Law Firm I previously worked. Initially, I thought I was just tired of working late and on most weekends, but I soon realized I was restless because I needed something more. So, I started praying about it and I believe that I got confirmation from God. I would not have done it without that confirmation.

How did you prepare for your transition into the “legalpreneurship” life?

Mojisola: I met with my mentors weekly and they helped me articulate my thoughts and structure my plans. They also prepared me for the challenges of entrepreneurship to ensure that I was ready.

Which was your preference – partnership or sole proprietorship?

Mojisola: Partnership. However, I started as a sole proprietor. I had a gentleman’s agreement for a partnership which was to start two years after, and it was not until then that we became the partnership that we are today.

How did you decide on areas of practice especially seeing that some are saturated and/or dominated by the big players?

Mojisola: My former boss once told me that, “anybody can decide to be a ‘space Lawyer’ or a ‘commercial Lawyer’, but how you would pay your bills is the big question”. So, you do what pays your bills until you can afford to do otherwise. That piece of advice helped me quickly master the art of doing the work I got, and not just the work I wanted.

What was your funding experience?

Mojisola: My startup costs were funded by personal savings. Shortly after I started out on my own, a number of people who believed in my aspirations supported me with briefs which eventually led to more briefs, and thus, more funds.

How did you manage your initial costs?

Mojisola: We started “small”, with only the reception area of the office furnished. We prioritized and only purchased the barest minimum we needed until we could afford more.

Do you have a physical office? If so, what influenced your choice of office location?

Mojisola: Our office is at Lekki Phase 1. I decided on Lekki because it was fast becoming a commercial hub and naturally, I gravitated towards that.

How did you put together a team?

Mojisola: I consulted a few colleagues who recommended a couple of excellent Lawyers. Initially, I had two Lawyers, an assistant and a cleaner. I decided I was not going to hire the services of anyone who wasn’t going to get paid and this was because I needed people who would be invested in the firm.

How did you win your first client(s)?

Mojisola: My initial clients were returning clients whom I had done some work for before I actually started my firm. Apparently, I had handled the “smaller” briefs excellently and so they did not hesitate to give me work when I established my firm.

How did you market your firm especially seeing that the legal industry can seem so saturated? How did you establish your name/brand?

Mojisola: I did not do any form of marketing initially. What I did, however, was to ensure that I handled briefs excellently and this made clients happy to refer others.

We have core values which essentially define our culture. One of them is excellence. We do excellent work. It was only a matter of time before our brand became well known.

There is an impression that being an entrepreneur means having your own time – would you say your quality of life has improved since you went solo?

Mojisola: Not really. I used to work long and late hours when I was an employee and now, I work round the clock, including weekends.

At what point did you begin to feel that this was a sustainable venture?

Mojisola: I knew it would be sustainable from the start. I did not go into it guessing. I went in with a confirmation knowing it was what I was supposed to do. Our sufficiency has always been of God, and from the beginning “business” has been great.

Tell us two things that you were not prepared for?

Mojisola: Turnover of staff (before we found the perfect set). I also was not prepared for the high overhead costs.

Tell us about your worst day in private practice?

Mojisola: That would be the time I had to let go of a lawyer who was not meeting our expectations. He was my senior at the bar and someone I had a lot of respect for. Having the conversation with him about the firm’s decision to let him go is probably the hardest thing I’ve had to do.

How do you balance practice administration/management with the practice of law?

Mojisola: I soon realized that it was easier for me to focus in the mornings, so I do “brain work” in the morning and leave admin tasks to afternoon/evenings.

What is the place of mentoring in setting up and running your own practice?

Mojisola: I have fantastic mentors and without their advice, it would have been extremely difficult to navigate some tricky spots. My mentors were and continue to be extremely supportive.

How has the journey been so far?

Mojisola: It has been fulfilling but also fraught with a lot of challenges. We have come out better and stronger.

What is your biggest piece of advice for young lawyers looking to set up their own law firms?

Mojisola: Ensure you have God’s buy-in. That is the only way you can hold on when things get tough because you know you are doing exactly what you should be doing and you are fulfilling your purpose.

Also, before you start, ensure you have constant work that would keep you busy and pay your bills for at least six months in advance and try to keep your costs as low as possible. 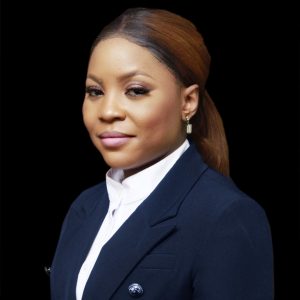 Mojisola Olugbemi is the Founding and Managing Partner of the Law Firm of Stark Legal. She is responsible for the annual strategic planning of the Firm, the efficient implementation of the Firm’s strategic plan as well as the Firm’s overall growth and development. She currently leads the Energy (Oil, Gas and Power) and Intermodal Transport (Aviation and Maritime) Teams of the Firm and is actively involved in Alternative Dispute Resolution (Mediation, Negotiation and Arbitration).

Mojisola is also actively involved in Litigation and has particular expertise in contentious matters. She has represented Mobil Producing Nigeria Unlimited (a subsidiary of Exxon Mobil), Matrix Energy, the Nigerian National Petroleum Corporation, Lufthansa German Airlines, Access Bank Plc amongst many others in matters spanning oil spill and environmental issues, banking and international payment systems, employment and labour related issues. In recognition of her vast knowledge of business establishment and corporate governance principles, she sits on the boards of several companies as well as provides company secretarial services to many more.